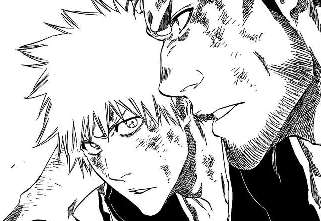 When Daddy gets serious...
Advertisement:

Bleach has a large cast of quirky, lovable characters, so naturally, whenever the situation calls for it, their interactions are pretty touching to watch.