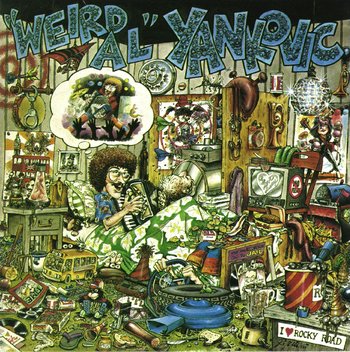 The self-titled debut album of "Weird Al" Yankovic, which was released in 1983. It features the hits "My Bologna", "Another One Rides The Bus", and "Ricky".

Another one writes the tropes.