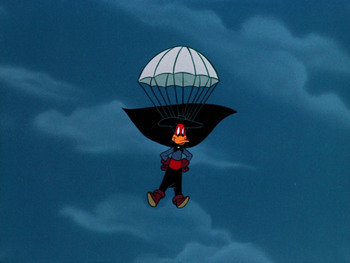 And what exactly are those strings attached to, Daffy?
Advertisement:

This is a trope where a character will pull out a parachute from Hammerspace. Most of the time, this is done for Rule of Cool.