Literature / The Heralds of False Light 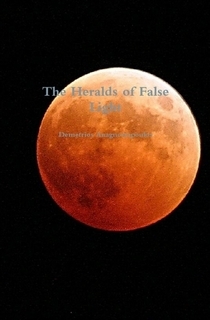 The Heralds of False Light is the fifth volume of The Spectral Chronicles.

Shortly after Frederick and Felicia get married, Michael has an encounter with a mysterious woman who invites him to the organization she is a member of. He refuses, but afterwards he can't get her message out of his mind. He accepts her offer, and finds out she is with none other than The Illuminati. The organization has recently stepped out from the shadows to unite the world in their "Realm of Light." Their first goal is to either bring the Stone Cutters into their fold, or destroy them as they seek their insidious goals...