Literature / A Day of New Life 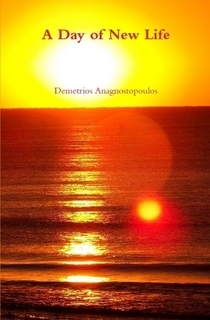 The third short story in The Spectral Chronicles, following up The Heralds of False Light. It's September of 2141, eight months since The Illuminati have been defeated. Anne-Marie and Lynessa have been excitedly looking forward to this, as they're expecting their new baby any day now. As they prepare for the long-awaited birth, however, an enemy of the past has returned: Kurt, Demetrios's former friend and secret soldier of Mephistopheles. He seeks to kill Lynessa and her unborn baby, claiming "this world has enough heroes." Anne-Marie valiantly steps in defeat him and protect her family.