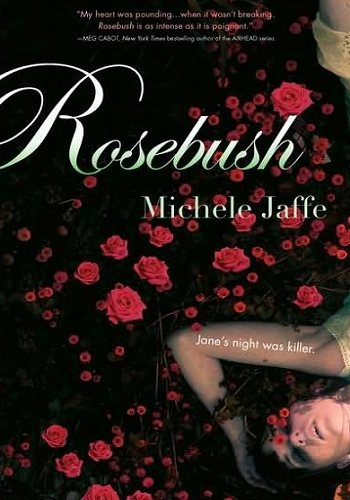 Rosebush is a Young Adult novel by Michelle Jaffe. It is a mystery, suspense novel about Jane Freeman, who is found left for dead in a rosebush after a hit-and-run. When she wakes up in hospital, unable to move, Jane realises that her memories of that night and her friends' stories of what happened aren't adding up. As she slowly pieces together what happened and tries to regain control of her body, Jane realises that one of her friends tried to kill her that night.
Advertisement:

One of them still is.

Beware, there are MANY spoilers down here!