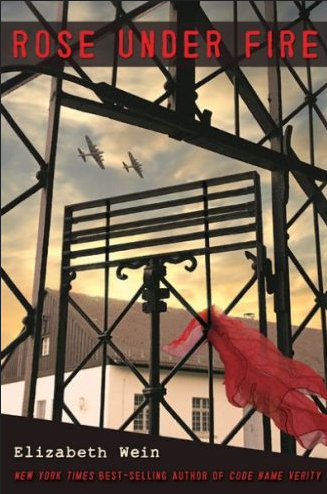 "Hope is the most treacherous thing in the world. It lifts you and lets you plummet. But as long as you're being lifted you don't worry about plummeting."
Advertisement:

Rose Under Fire, by Elizabeth Wein, is a 2013 young adult historical novel set in Ravensbrück, a women’s concentration camp, during World War II. Rose Justice, an American pilot for the British Air Transport Auxiliary, gets lost while flying from Paris to England and is captured by the Germans. She is sent to Ravensbrück, where she experiences unimaginable horrors and befriends the “Rabbits,” a group of Polish women who were subject to medical experimentation by the Nazis.

This book is a companion novel to Code Name Verity.

Rose Under Fire contains examples of: