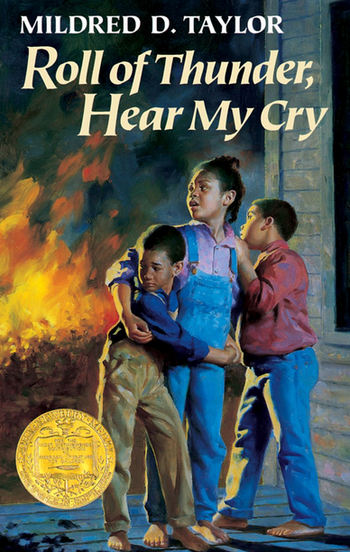 A 1976 Young Adult book written by Mildred Taylor, and which takes place in The Great Depression.
Advertisement:

The story is centered on the Logan family, specifically Cassie Logan, and deals with the years changing and the kids' coming of age.