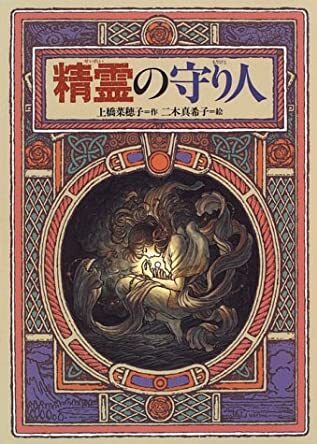 Cover of the first Japanese edition of Guardian of the Spirit; 1996
Advertisement:

Moribito (守り人シリーズ) is a series of Japanese fantasy novels written between 1996 and 2018 by Nahoko Uehashi.

The series follows the adventures of Balsa Yonsa, a wandering warrior woman in a Redemption Quest to save eight lives, and Chagum, the second prince of the kingdom of New Yogo, in a diverse Asian-inspired universe divided into Sagu the human world and Nayugu the Spirit World.

In addition to the main series of novels, there are spin-offs, a guidebook, and a cookbook.