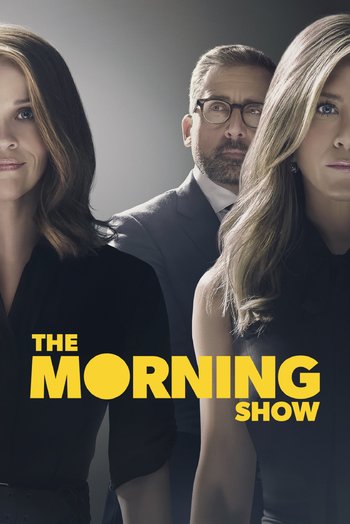 The Morning Show (alternatively Morning Wars in some regions) is a drama series created for Apple TV+ created by Jay Carson (House of Cards) and Kerry Ehrin (Bates Motel) and loosely based on the non-fiction book Top of the Morning: Inside the Cutthroat World of Morning TV by Brian Stelter.

Alex Levy (Jennifer Aniston) is the face of The Morning Show, a popular and influential morning news show on the fictional UBA network. When her longtime co-anchor Mitch Kessler (Steve Carell) is ousted in a sexual misconduct scandal, she finds herself struggling to cope with the scrutiny on the show as well as herself, while rising reporter Bradley Jackson (Reese Witherspoon) threatens her lofty position in journalism.

Boasting an All-Star Cast, The Morning Show also features Billy Crudup, Mark Duplass, Gugu Mbatha Raw, Nestor Carbonell, and Jack Davenport in major supporting roles. The series premiered as a launch title with Apple TV+ on November 1st 2019, alongside See, Dickinson, and For All Mankind among others. Season 2 premiered on September 17, 2021 and a third season was announced on January 11th, 2022.

Not to be confused with Morning Glory, a 2010 romcom similarly set behind the scenes of a morning show, nor the Elvis Duran Morning Show, a long-running syndicated radio program.

The Morning Show contains examples of: