Literature / The Most Wonderful Thing In The World 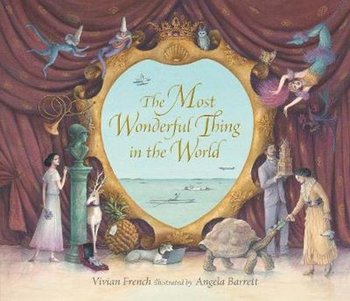 "Here is the most wonderful thing in the world."
Advertisement:

The Most Wonderful Thing In The World is a piece of Children's Literature written Vivian French and illustrated by Angela Barrett. It's a Short Story about a King and Queen who are looking for a suitable husband for their daughter; and after receiving some advice from Wise Old Angelo, decide that the one to marry their daughter; Princess Lucia, is the man who can show them "the most wonderful thing in the world". At the same time Angelo's grandson Salvatore has fallen in love with Lucia. It was first published in 2015.