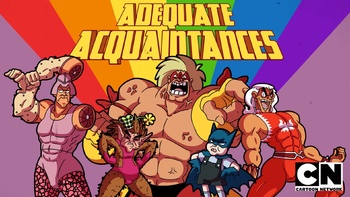 "These are all REAL characters. I wish I was joking."
Advertisement:
open/close all folders
Season 3 Premiere Month

Questionable Qloset 4. - "Atop the 4th door"