Film / The Legend of Johnny Lingo 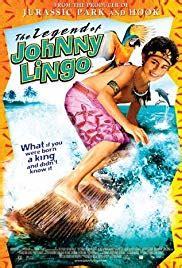 The Legend of Johnny Lingo is a 2003 feature film based on the 1969 short film Johnny Lingo. The movie expands on the short film by telling the backstory of Johnny Lingo, who as a baby is washed up on the shore of the Polynesian island Malio and is named Tamaliki "Tama" O Tangaloa by the island's chief. After getting into trouble, Tama is adopted by a drunk man named Pioi and his ugly daughter Mahana. Tama escapes from the island, promising that he will come back to take care of Mahana. Tama washes up on a different island and becomes an apprentice to the great trader Johnny Lingo.