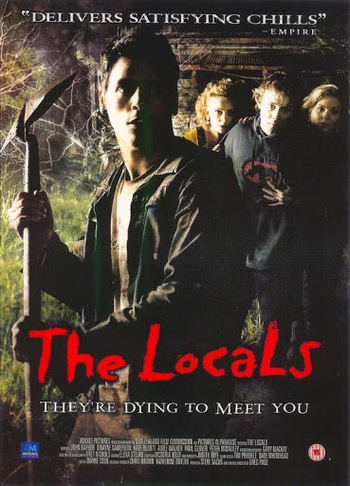 The Locals is a 2003 New Zealand horror film directed by Greg Page and starring Kate Elliott.

Two best friends Grant and Paul hit the road for a weekend of surfing, booze and hopefully . . . girls. With night falling they take a short cut and meet Lisa and Kelly, a couple of babes with a fast car, who invite them to a party. Paul loses control of the car and hits off-road. They decide to ask for help to the locals, and they find that they are in an evil place.