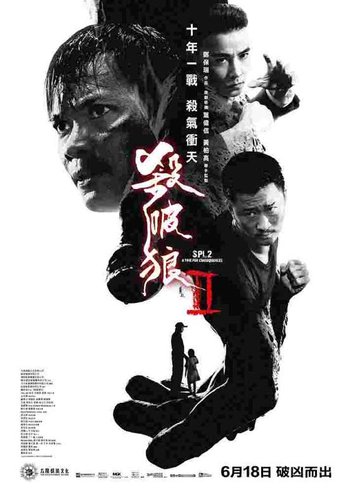 Sha Po Lang II: A Time For Consequences is the 2015 sequel to Sha Po Lang which stars all new characters and has an all new plot.

Kit (Wu Jing) is a cop who's sent by Wah (Simon Yam) to infiltrate an organ trafficking syndicate run by the evil Hung (Louis Koo). He is however thrown into prison, where he meets the cruel head warden Ko Chun (Max Zhang) and guard Chatchai (Tony Jaa), who is looking for a bone marrow donor for his daughter Sa. As it so happens, the donor is none other than Kit himself. And meanwhile, Hung is also looking for a donor that so happens to be his own brother (Jun Kung).

Garnered positive reviews and has a 100% rating on Rotten Tomatoes. The cast also regard their experiences on the film fondly, with Tony Jaa saying many times that he enjoyed the process very much.