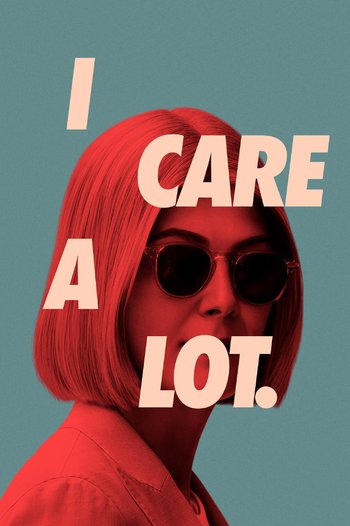 "I am a fucking lioness."
Advertisement:

I Care a Lot is a 2020 Black Comedy crime thriller film written and directed by J Blakeson, about Marla Grayson (Rosamund Pike), a corrupt guardian who imprisons her elderly wards in old people's homes, drains their savings, and steals from them. With her business partner and girlfriend Fran (Eiza González), she targets an apparent "cherry", seemingly normal pensioner Jennifer Peterson (Dianne Wiest). However, Jennifer's son Roman (Peter Dinklage) has secrets, and he's hot on Marla and Fran's trail.