Film / 8 Heads in a Duffel Bag 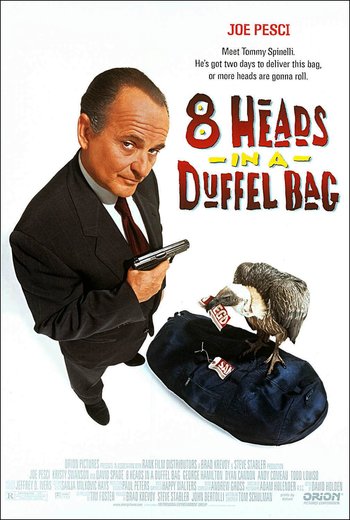 Mob courier Tommy Spinelli (Pesci) has been ordered by his superior to bring back eight decapitated victims' heads. At the airport he crosses paths with a young med-school graduate who's about to join his girlfriend and her parents at a hotel in Mexico. When Spinelli reaches his destination, he finds that he and the med student have inadvertently swapped luggage. Hilarity Ensues.