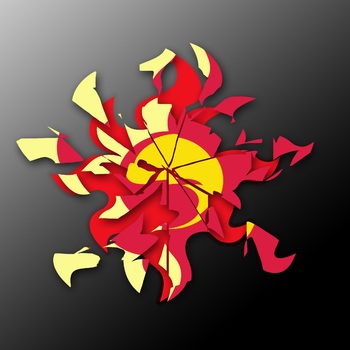 “The past doesn’t matter! I don’t care who you were! It's who you are. Here, now. And that’s my friend. My best friend.”
Advertisement:

is an ongoing Equestria Girls fanfic by Uria the Sacred Beast

The holidays are fast approaching for the city of Canterlot. Snow is on the ground, carols fill the air, and the students of Canterlot High await release for winter vacation. However, its never peaceful in Canterlot for long. Right when things are looking calm, secrets start spilling around the school. With more being revealed each day, all eyes turn to Sunset Shimmer, the former bully of CHS. With the school turning against her and no clues to follow, can she possibly figure out the culprit and clear her name?

A Betrayal Fic using the My Little Pony: Friendship Is Magic (IDW) Holidays 2014 comic as the foundation, the story takes influence from other fan works that also did their own takes on that comic's plot. These include Tell Me Baby, Silent Night

. Uria and Dainn would later crossover the two fanfics in a one-shot chronologically taking place months after both stories, during the climax of Friendship Games, called Alone Together

Some of its tropes are shared below, but be warned that said crossover contains major spoilers for Hell and High Water up to the events of Chapter 16.