These are the characters involved in the fanfiction Hell and High Water. You may want to check out the character sheets of My Little Pony: Friendship Is Magic for much more information pertaining to the canon characters. 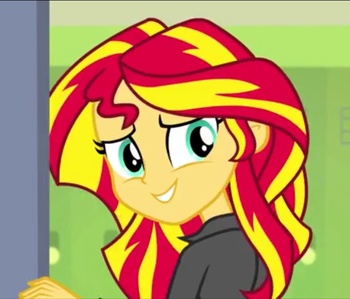 Our heroine, whether she likes it or not.
Click here to see her appearance post-chapter 6. Spoilers! 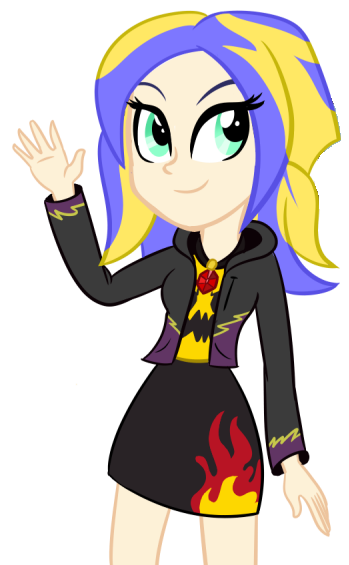 The main character and target of Anon-a-Miss. She's in over her head and full well knows it.
Rainbow Dash/Marred Spectrum 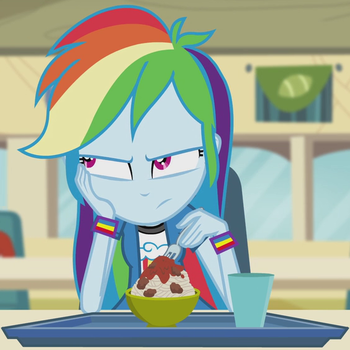 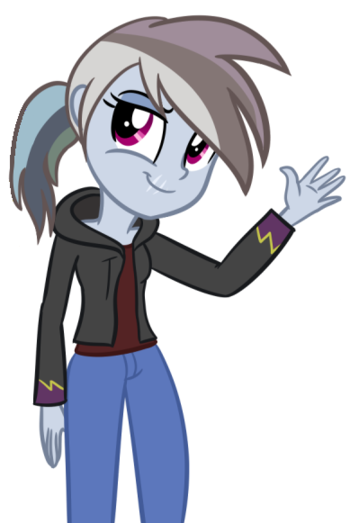 General
The Crusaders
The masterminds behind Anon-a-Miss.

The Humane Four
The remainder of Sunset and Dash's old friend group.

Graduated member of the team and owner of Clipper's Custom Guitars.

The graduated, previous captain of the team.

Tirek
Millenia ago, Tirek attempted to steal the magic of Equestria and take over the world. He was defeated when his brother, Scorpan, turned on him and saved Equestria. After escaping Tartarus 1000 years later, he was defeated once more, this time by Princess Twilight Sparkle.

Now he's been released by his master for one final shot at redemption for his past failures: the extinction of the Siren race.

Lumencia
Creator of Terra and Goddess of Sunset's world. Mother of Princess Celestia and Princess Luna.