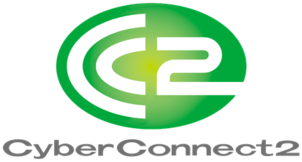 CyberConnect2 『サイバーコネクトツー』 is a video game developer founded on February 16, 1996 and situated in Fukuoka, Japan. They are best known for the .hack series and the Naruto: Ultimate Ninja series, but have a made few other games such as Tail Concerto, Silent Bomber, Solatorobo, and a collaboration effort with Capcom on Asura's Wrath.

The company was formerly known as CyberConnect, and was composed of a group of 10 people, nine of which who previously worked on Taito's Psychic Force and Ray Storm. Its name changed to CyberConnect2 2001 after there was a change in command after their first two games Tail Concerto and Silent Bomber commercially failed (despite being decent enough games).

They have also expanded their production beyond games, beginning with the formation of "Sensible Art Innovation" to create the .hack//G.U. Trilogy movie, and LieN to compose their music.

Following the cancellation of Mega Man Legends 3, the president and CEO, Hiroshi Matsuyama, has said he would be delighted to take over the project.

Indisputably, these guys know how to make boss battles.

Games and franchises started by CyberConnect2:

Games CyberConnect2 has collaborated with or have been hired to help work on: