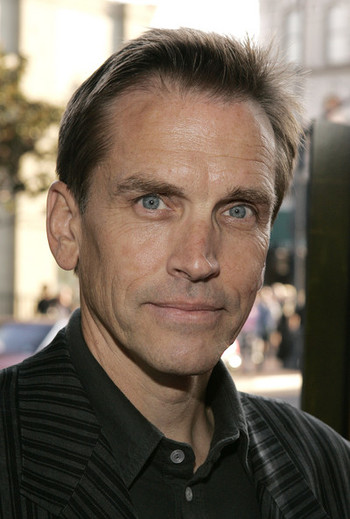 William Lambert Moseley (born November 11, 1951) is an American film actor and musician who has starred in a number of cult classic horror films, including Night of the Living Dead (1990), House of 1000 Corpses, Repo! The Genetic Opera and The Devil's Rejects. His first big role was in The Texas Chainsaw Massacre 2 as Chop Top. On the HBO TV series Carnivàle, Moseley had a recurring role as camp cook Possum. He has also released records with guitarist Buckethead in the band Cornbugs, as well as featuring on the guitarist's solo work.

As the above film list will tell you, Moseley is most well-known for playing Ax-Crazy psychopaths in horror films, although his characters usually have a strong element of Black Comedy to them. This last, in particular, has endeared him to fans, who know that they can generally count on Moseley to be one of the most entertaining aspects of a film.

Not to be confused with English actor William Moseley.