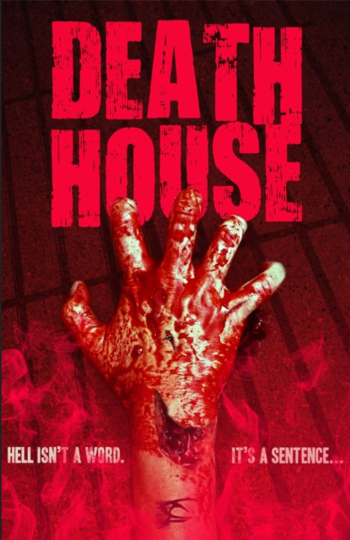 Hell isn't a word. It's a sentence.
Death House is a horror movie described by many as the "The Expendables of horror films", due to the fact its cast is made up of horror all-stars like Robert Englund, Doug Bradley, and Kane Hodder, best known for portraying Freddy Krueger, Pinhead, and Jason Voorhees, respectively.
Advertisement:

The film takes place in the titular Death House, a top secret government holding facility for monsters, and its script was written by Gunnar Hansen, best known for his role as Leatherface. Due to Hansen's unfortunate death mid-production, the film's release date was pushed back to somewhere in 2017 and the project's helm was handed to Harrison Smith. The film was premiered at various horror conventions and then had a limited release in the United States on the 23rd of February 2018.