This page lists the characters introduced in Main Story Part 2 of 100 Sleeping Princes and the Kingdom of Dreams.

Country: Trugville (?)
Age: 27
Attribute: Gentle/Sexy
Fllayg behaves like a gentleman and has a kind demeanour, but his words are laced with sarcasm. He is interested in cultures and foods different from those of his own country. In Chapter 5 of Main Story Part 2 it is revealed that he is in fact the eldest 'brother' of the men controlling the newest wave of Yumekui plaguing the dream world.
Rufus 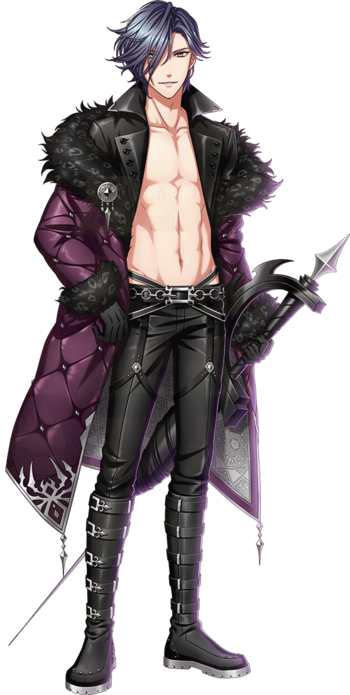 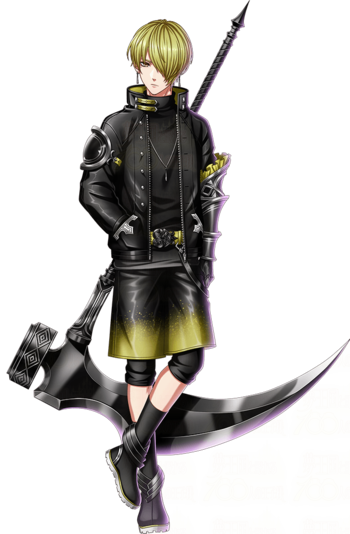