This page lists the characters featured in Main Story Part 1 of100 Sleeping Princes and the Kingdom of Dreams, including the heroine, her travelling party, and the civilians and villains they encounter.

The Heroine in Game and her magical ring

The Heroine in Anime 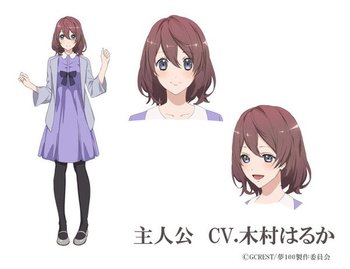 Country: Kingdom of Dream - Traumere
Age: ???
The Heroine/Main character of the game. She fell into the Dream world on her way home from her office job and was informed that she is, in fact, the princess of the country of Traumere. She has special powers which allow her to awaken the sleeping princes and bolster their strength in battle.
Navi/Light 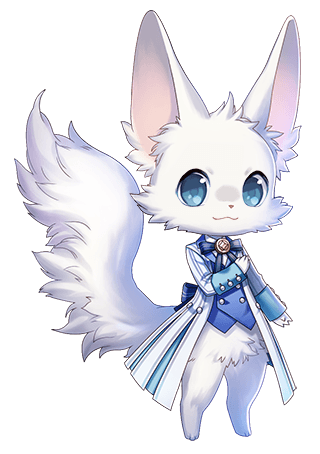 Country: Kingdom of Dream - Traumere
Age: ???
Attribute: Gentle
A small, fluffy creature (definitely NOT a stuffed toy!) who introduces himself as the butler to the royal family of Traumere. Navi conducts the tutorial for the game and explains the Heroine's role in the story to her. He seems to be hiding many secrets, though...
Avi 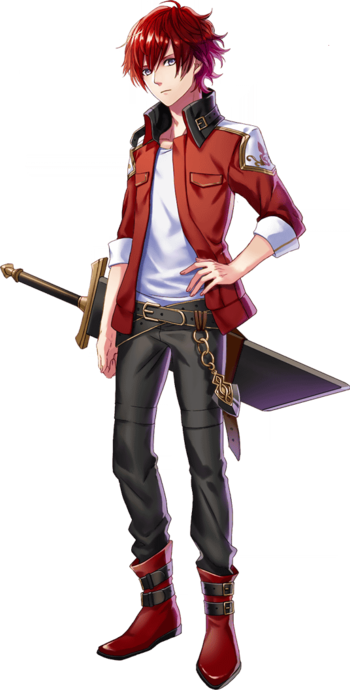 Country: Country of Knight - Alstoria
Age: 23
Attribute: Passion
A prince with a brusque and serious personality, who has made a name for himself with his swordsmanship even beyond the boundaries of his own country. He seems to have had a troubled past. The first prince the Heroine awakens on her journey.

Country: Country of Art - Fresian
Age: 20
Attribute: Sexy
An art snob who believes himself to have high standards in art, but his tastes are...unique. While he is quick to criticise others, his own heart is fragile. Has a belligerent relationship with Luke.
Luke

Country: Country of Music - Muse
Age: 23
Attribute: Gentle
Travelling with the other princes allowed Luke to escape from the thumb of his strict father, the king of Muse. Though everyone enjoys listening to his music, Luke has very low self-confidence. He is usually the best to handle Medi in his more extravagant moods.
Hinata

Country: Country of Toys - Fairbelk
Age: 15
Attribute: Cute
A selfish young prince, Hinata has been denied hardly anything in his life. As a result, he believes there is nothing he cannot obtain. His teddy bear is called Momo-chan. His personality is carefree, but he can be malicious.
Byakuyo

Country: Koubai Country
Age: 27
Attribute:Sexy
Taking the role of the trusty 'older sister' of the travelling party, Byakuyo values beautiful things and speaks in a very feminine manner. His speech becomes rougher in battle. He lives by the creed 'Strength, Nobility, and Beauty'. His family is determined to see him married.
Shigure

Country: Country of Darkness - Mei
Age: 22
Attribute: Gentle
Though Shigure is weak-willed, and can usually be seen shaking with fear, his high level of compassion is another reason why he dislikes conflict. He wants to be manlier. He has a tendency to wrap his arms around himself to feel protected. The dark counterpart to Kotohogi, prince of the Country of Light.

Country: Ruined Country - Calavina
Age: 18
Attribute: Cool
Kairi hates working with others and prefers to act alone. After his country fell and his entire family was lost, he travelled from place to place working as a hired sniper.
Seras 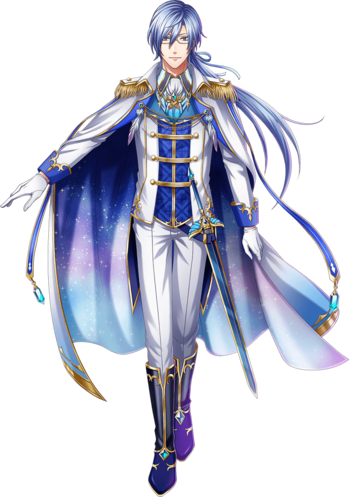 Country: Country of Aurora - Seitos
Age: 24
Attribute: Cool
Seras works hard to rebuild his country of Seitos, and is a rational, plan-following prince. He is a cautious man and prefers to rely on his own ability. He is friends with the owl Minerva.

Other Characters (Civilians and Villains) 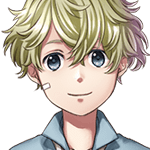 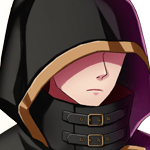 Country: Kingdom of Dream - Traumere
Age: ???
Attribute: Sexy
A mysterious man who appears to the party partway through their journey.