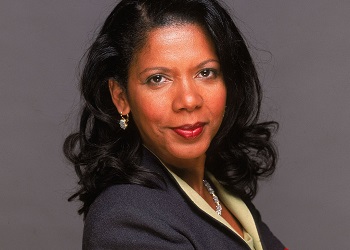 "Complex problems sometimes have the simplest solutions."
Played By: Penny Johnson Jerald
"When I say I can make something happen, you better believe I can."

The wife of David Palmer until their divorce. She had two children, Keith Palmer and Nicole Palmer. Her brother-in-law was Wayne Palmer and she had a sister-in-law, Sandra Palmer. 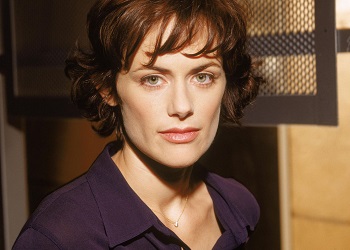 A distinguished agent at CTU Los Angeles, who was nevertheless a deep-cover mole with connections to Victor Drazen during Day 1. She covertly sold government information to several buyers. She was multilingual and conversant in English, Serbian, German, and Arabic.

During Day 1, she was put to work by the Drazens and subsequently exposed as a mole and traitor. She killed several people while attempting to keep her cover and escape, including Jamey Farrell and Teri Bauer. However, she was captured and arrested at the close of the day.

During Day 2, she remained in custody but was granted a presidential pardon for giving up the location of her contact Mamud Rasheed Faheen. Later, while questioning Faheen, Nina acquired whereabouts of Syed Ali. She was granted immunity in advance for the murder of Jack Bauer and for Ali's location; however, after giving up his location, she was wounded and apprehended before she could kill him. President Palmer decided to honor the original agreement and she was released afterwards to exiled immunity in North Africa.

On Day 3, after attempting to buy the Cordilla virus on behalf of an unidentified client, she was captured by CTU. Though she tricked Jack into activating a hidden worm in CTU's systems, Nina's plan was stopped by Chloe O'Brian. She later attempted to escape, but Kim found her and Jack eventually shot her, and when she was wounded Jack stood over her, sent Kim out of the room and determined she did not have any information that could help them—with that he finally took his revenge and fatally shot her. 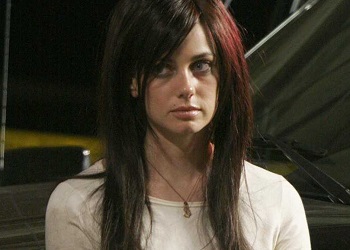 "Well, they're heading back in. Looks like my neighbors died for nothing."
Played By: Mia Kirshner

A professional assassin for hire who participated in two conspiracies to assassinate President David Palmer (Days 1 and 2) and assisted Habib Marwan during Day 4. The name, Mandy, was the alias that she most frequently used.

Over the years, Mandy proved to be a formidable adversary to the agents of CTU Los Angeles. She seemed to have spent most of her time completely under the radar, surfacing only to cause havoc at a critical moment, then vanishing into obscurity once more. She alternately collaborated with an international oil consortium and fundamentalist Islamic terror cells, apparently loyal to none but herself.

On Day 4, Mandy was finally apprehended by CTU for her role in helping Habib Marwan kidnap Secretary of Defense James Heller. In exchange for her cooperation in stopping Marwan, she was granted a presidential pardon for her many crimes, including the attempted assassination of President David Palmer.

Played By: Zach Grenier
"Before you finish crucifying me, save some nails for your wife."

An associate of David Palmer during his campaign for president during Day 1. He was a member of the senator's staff, but was fired when David learned about a cover-up. 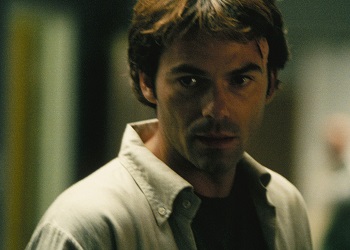 The abusive husband of Carla and father of Megan. He was the employer of Kim Bauer, his daughter's au pair, during Day 2.

Three crooks who took Kate hostage and threatened to destroy the Cyprus recording Jack needed to prove that the Middle Eastern government was not behind the nuclear bomb threat.

One of President David Palmer's earliest and biggest financial supporters, and the chief executive officer of Milliken Enterprises.

A former acquaintance of Dana Walsh prior to Day 8.