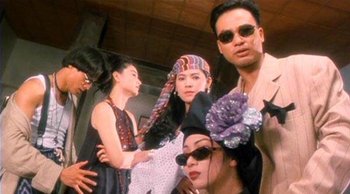 Due to the film having an Ensemble Cast, each with their own unique personalities and traits, listing them all on the main page will make navigation difficult. As such, they have been categorized separately in various folders. 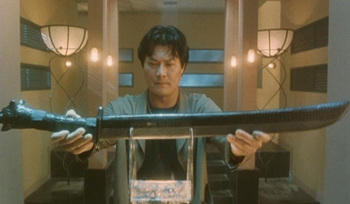 One is the Black Cougar, and one is the Cougar Head Blade. But which is which?

The protagonist of the movie, wielder of the fabled Cougar Blade. 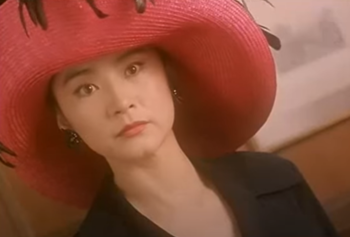 It's even more entertaining if you imagine she is an immortal version of Asia the Invincible somehow reincarnated in modern times. Don't ask. 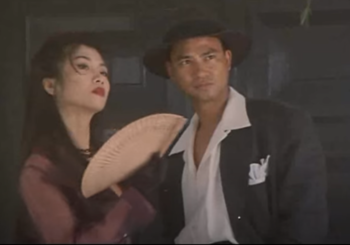 An expert gambler whose skills with magic are as lethal as his skill with throwing cards. 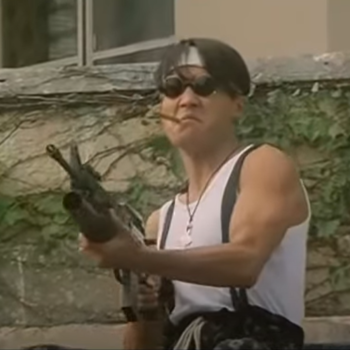 The team's marksman who seemed to have walked out of a war movie set. 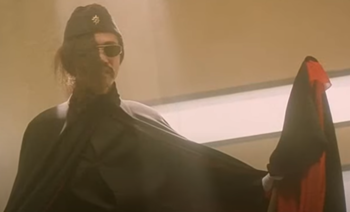 Pictured here during the final battle.

What's that? Yuen Wah as a villain? Never heard that one before... 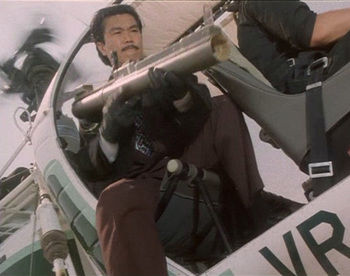 No action movies would be complete without a bazooka!

Wolf's personal aide and leader of his private army.