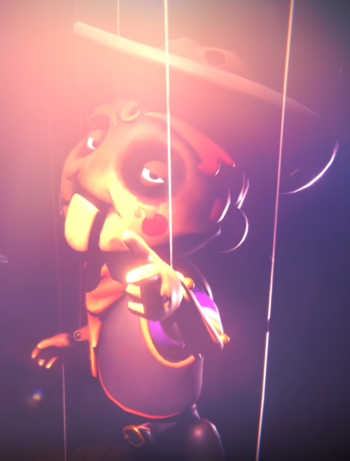 "Alright, friends! Let's get ready for adventure!"
Voiced By: Lani Minella
The former protagonist of the show. Reawakened under mysterious circumstances, he seeks to uncover who's really pulling the strings... 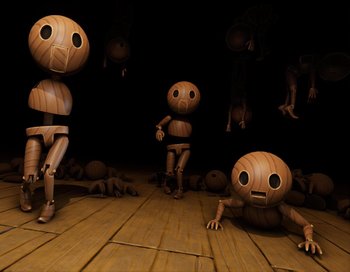 The most basic of enemies, naked puppets that take swipes at Bandit to cut his strings. 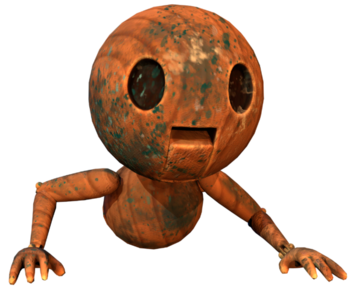 A huge naked puppet consisting of only the upper body, locked away in the Happy Mines. It hounds Bandit as he explores the location. 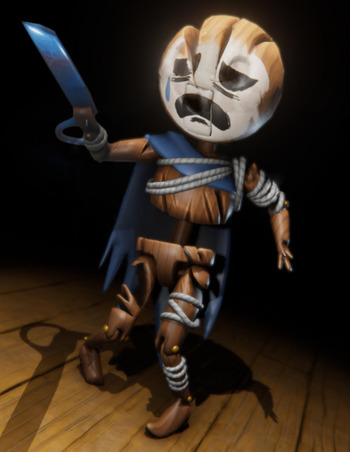 An unnerving puppet with a scissor blade for an arm.
Faceless Bandit 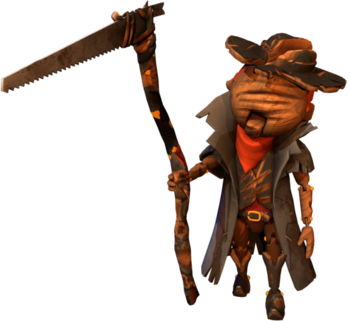 An enigma of a puppet that occasionally appears to stalk Bandit, carrying a large scythe that will kill anything in one hit. 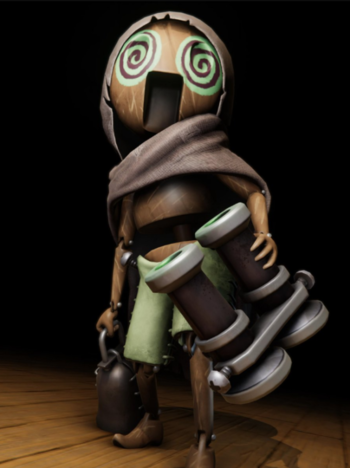 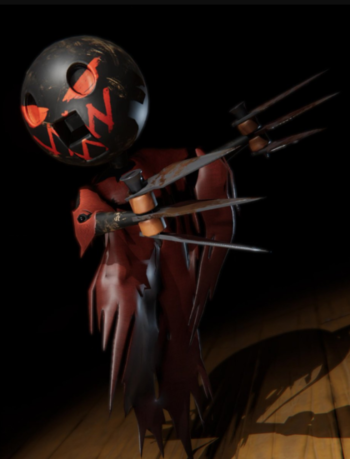 A creepy puppet with a sinister grin.
Araknits 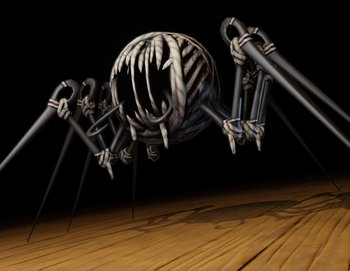 Spider-like creatures consisting of needles and balls of thread and needles. 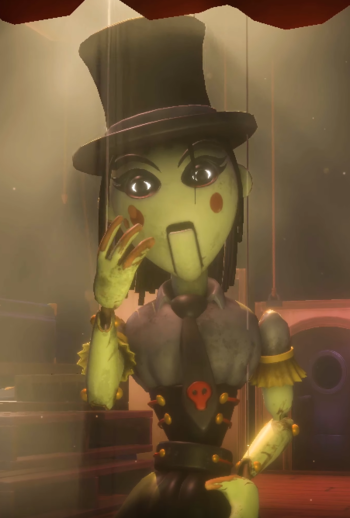 "The show must go on."
Voiced By: Melissa Moran
They mysterious keeper of the graveyard.
Banker 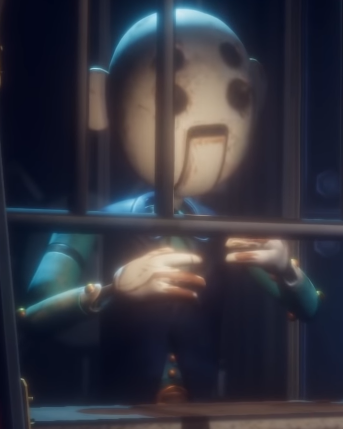 "Ah, Bandit! S-so glad you made it."
Voiced By: Grant George
A humble businessman who saves Bandit's progress.
Doc Carver 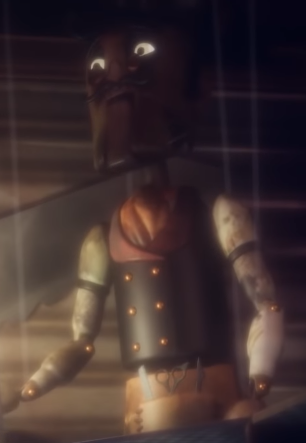 "You must take care to guard your strings. I can mend them, of course."
Voiced By: Mark Dodson
The local doctor who fixes up Bandit's strings.
Penny Hemsworth 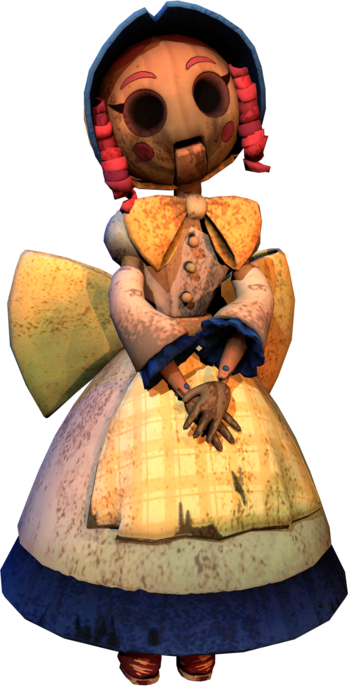 "I found the way. You can't look up...if you don't have eyes."
Voiced By: Lauren Synger
The (former) owner of a small store in Showdown Valley. She has found her own way to not look up...

"Bring me my head."
A headless puppet sitting in a mine cart. Bring him his head and he'll reward you.
The Audience

Mysterious figures who watch Bandit, as he makes his way through Showdown Valley.
The Voice
A man who can be heard after the Cliffhanger of episode 1.