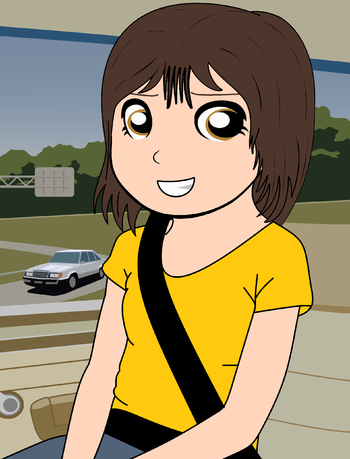 While good natured and amiable on the outside, Siobhan Pattinson has come a long way to be the girl she is today. Following her father’s extramarital affair and subsequent divorce from her mother, Renee, Siobhan’s emotional state and mental health has been pushed to the very edge, exacerbated by her fear of social rejection due to her bisexuality. As such, she feels an overriding sense of guilt and her confidence is easily rumbled.

While much of what had dragged Siobhan to the edge of her sanity was cured thanks to her partner Ebony Larsson and good friends Maddie and Andy, she is still a girl riddled with self-doubt and worry, fearing her future success may be hindered at a moment’s notice by her sexuality and the prejudices against it. 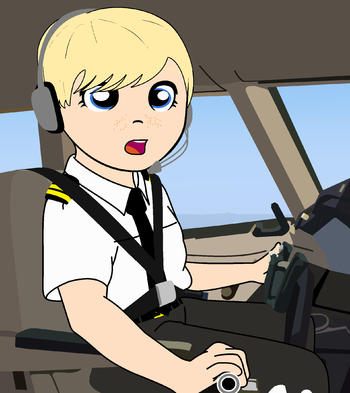 Only having left the Isle of Hue once before 1986, Ebony Larsson is very much the island’s permanent resident. Though she holds a humble position in life as a sheep farmer, her family line, which stretches back over 1,000 years, was once one of high adventure as Vikings raiding the North Sea coasts for treasure and conquest. Ebony’s drive in life is to go beyond the boundaries of her island home and become what she’s always dreamed, a commercial pilot, her desires being fuelled by the sight of commercial flights passing over her tiny home on their way from Europe to America.

A Lesbian, Ebony has never allowed this part of her hinder her progress, and her strength of mind and character have helped her become an emotional rock for her uneasy girlfriend Siobhan Pattinson. After much adversity, the two were finally able to iron out the mental barriers blocking their affection for one another thanks to the help of their friend Maddie, and the two girls are now united in love eternal. 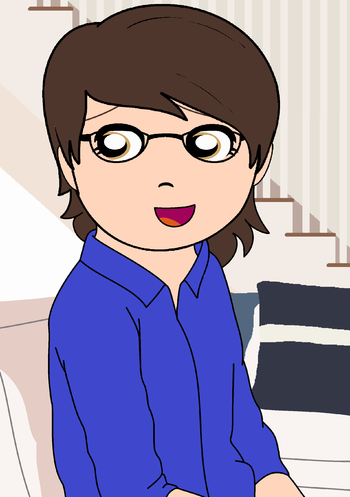 Estate Agent for the Isle of Hue, Renée Pattinson has always been local to the Highlands of Scotland, having been born and raised in the nearby region of Badenoch & Strathspey. Renée’s life with her husband Alexander Pattinson could have once been considered one of bliss, a strong family unit complimented by their young daughter Siobhan. This was brought to a sudden end when, for the sake of an extramarital affair, Alexander walked-out on his wife and daughter. With her husband’s sudden departure, Renée now faced the challenge of juggling a job and raising her emotionally damaged daughter alone, a challenge she was determined would not beat her.

Though not always having the answers to her daughter’s problems, Renée continues to be there for her whenever possible, and is always appreciative of the help and love that her girlfriend, Ebony Larsson, is willing to give. 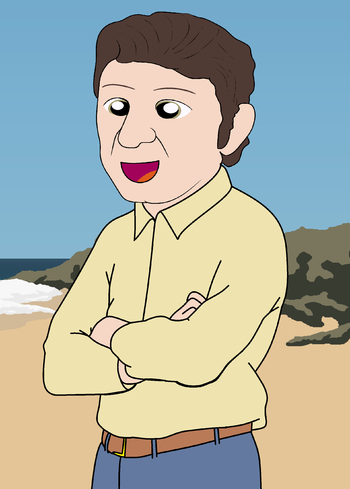 Born in the rural valleys of western Wales, Harold Wisley has experienced a long and somewhat adventurous life filled with both moments of pride and moments of sorrow. Joining the RAF in 1953, Harry partook in both the Korean War and the Suez Crisis in Egypt, operating transport flights in and out of the war zone. His RAF career was quickly replaced by his move into commercial aviation during the late 1950’s, whereupon he married and raised twin boys; Jason and Terry. However, the increasing pressure of his job and longer hours put an irreparable strain on his marriage, with divorce eventually coming in 1981. Since then, Harry has devoted his life to the training of new pilots, sharing his experiences and bringing forward a new generation of aviators.
Jake Keefe 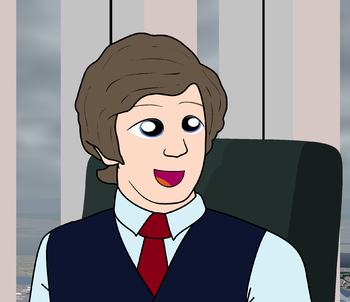 Another recent addition to the MacLaren team, Jake becomes an immediate friend of Siobhan when she begins work with the company at their World Trade Center based office. The similar ages of both himself and Siobhan make for a strong connection as the pair are put through their paces in their sometimes difficult New York workplace.
John Wilson 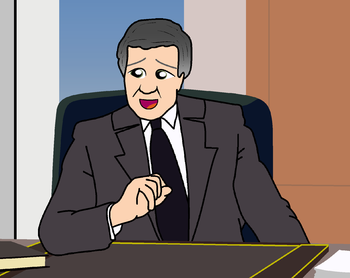 A native of New York and a veteran of the Vietnam War, John Wilson has now become the general manager of MacLaren Accounts & Property at their New York office atop the World Trade Center. John's experiences in life have shown him both the best and worst of humanity, making him easy to talk to and confide in whenever personal problems arise. 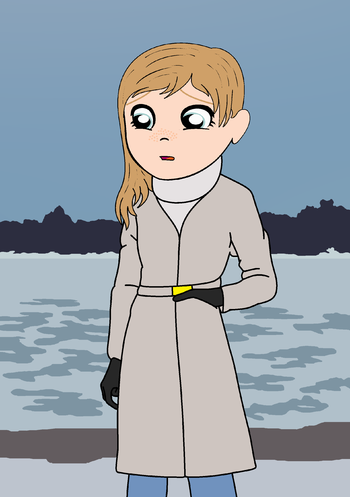 The daughter of Siobhan's boss John, she and the bisexual girl make a quick connection at his Christmas party thanks to Theresa's curiosity about British culture. Later, when Siobhan and Ebony need time to recover after their unfortunate encounter with the homophobic bar patrons in Florida, they stay for a while at the Wilson house, and Theresa becomes one of the few people stateside to know about, and accept, Siobhan and Ebony's relationship.
Charles Donovan 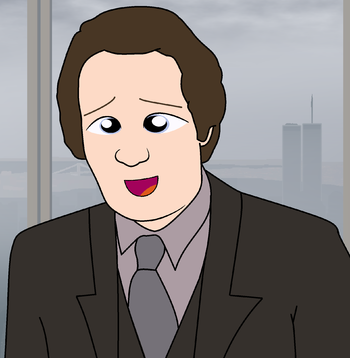 Chairman of the Select Group, and one of the most influential millionaires on the Wall Street scene, Charles Donovan is a man who gets what he wants regardless; whether it be business oriented or of more personal inclinations.
Leni Carmichael
A stewardess at America National who befriends Ebony when she joins the company and stays her friend even after the company's HR department outs Ebony as a lesbian. Although she seems good at her job, the attitude of those who work with her can sometimes make her worried.
Maddie Grey 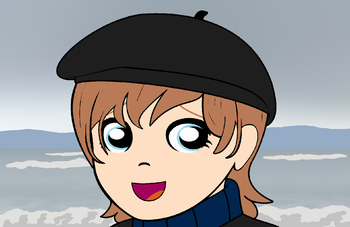 The island’s newest resident, Maddie became an immediate friend of Siobhan and Ebony thanks to her kindhearted generosity and desire to understand those closest to her. It was because of these conscientious traits that she was able to mend the gap that had formed between the two girls, helping Siobhan to overcome her fear of rejection due to her sexuality and finally reuniting the two lovers. Around that time as well she formed a romantic attachment to the island’s mechanic Andrew Taylor and now the pair are besotted with each other as they plan their future together.
Andy Taylor 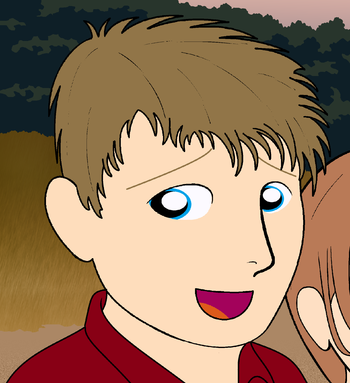 The island’s mechanic, Andrew Taylor, much like Siobhan, was brought back from the brink of despair following the death of his mother to cancer and his abandonment on the Isle of Hue by his Trade Unionist father. Since then he has come to appreciate the finer things in life and strives to better himself in society. However, in spite of his ambitions, he could not escape the lonely life he now inhabited on the island; that was until Maddie Grey came along. Very quickly Maddie brought love and affection back into his life, with the duo now inseparable as they begin to settle themselves into successful futures in the working world. 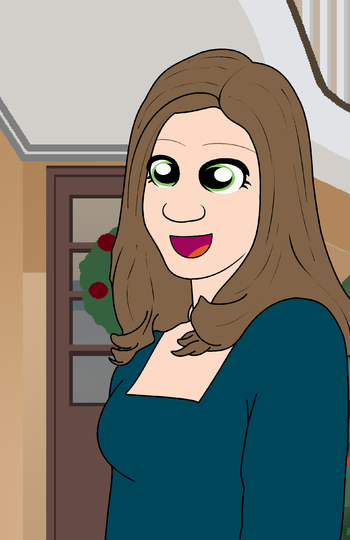 Born to a family of Japanese migrants, Yukiko has become a strong member of the MacLaren team as she is always on hand to help those around her. She becomes an early friend of newcomer Siobhan Pattinson, doing what she can to familiarise her with the work environment and providing encouragement whenever she can.
Adria Mackenzie 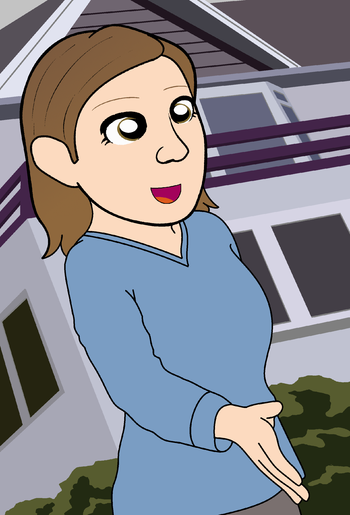 The open-minded, open-hearted friend of the Pattinson family, Adria Mackenzie was once Siobhan’s driving instructor and continues to maintain a strong relationship with her island amigos. She later takes on the role of Ebony’s driving instructor, helping introduce the aspiring aviator to the open road with the help of her Talbot Sunbeam.