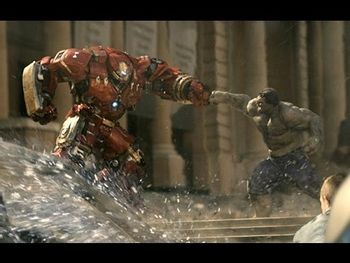 The shock from this punch sends bystanders flying. And it only gets more awesome from here.