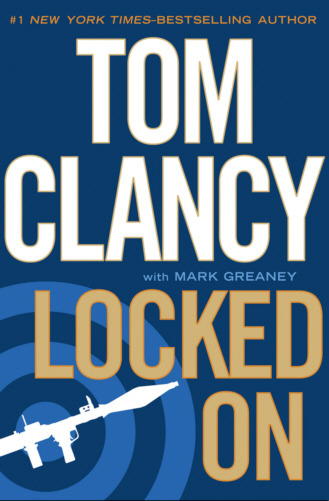 The Campus is at work.
Advertisement:

Locked On is a political thriller novel by Tom Clancy and co-authored by Mark Greaney. It was published on December 13, 2011, alongside the unabridged audio book version, read by Lou Diamond Phillips. The novel is set in the Jack Ryan universe and follows on from 2010's Dead or Alive and is based approximately a year after the events of that novel.

Privately training with special forces, he’s honing his combat skills to continue his work within the Campus, hunting down and eliminating terrorists wherever he can—even as Jack Ryan, Sr. campaigns to become President of the United States again.

But what neither father nor son knows is that the political and personal have just become equally dangerous. A devout enemy of Jack, Sr. launches a privately-funded vendetta to discredit him and connect him to a mysterious killing in his longtime ally John Clark’s past. All they have to do is catch him.

With Clark on the run, it’s up to Jack, Jr. to stop a growing threat emerging in the Middle East, where a corrupt Pakistani general has entered into a deadly pact with a fanatical terrorist to procure four nuclear warheads they can use to blackmail any world power into submission—or face annihilation.''