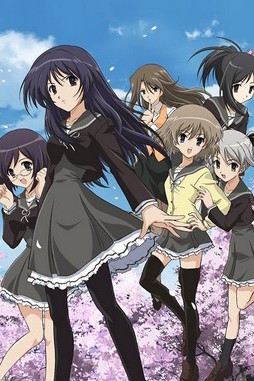 Myself ; Yourself is set in 2007 in the fictional town Sakuranomori (桜乃杜 or 桜の杜, "Sakura Forest") in W Prefecture which is modeled after Wakayama Prefecture, Japan. The town is in a quiet, rural area on the southern tip of the prefecture and borders the Pacific Ocean.

Sana Hidaka is a young boy who moves away from Sakuranomori, leaving his friends behind. Five years later, he returns to his hometown to find that much has changed, both the town and his friends. The one most changed is Sana's childhood friend, Nanaka Yatsushiro; she's no longer the kindhearted person he knew during their childhood. Starting a new beginning in his hometown, he's determined to reconnect with Nanaka. But with a storm descending onto their lives, problems rising among every turn, Sana and his friends recollect through their own memories to find a solution for each of themselves. But what will they sacrifice to do what they believe to be the right choice for themselves and each other?

This series portrays the different tragedies of modern life that people experience, but also what it means to truly care for that special someone close to you and what you would help him/her.

for people living in the US.