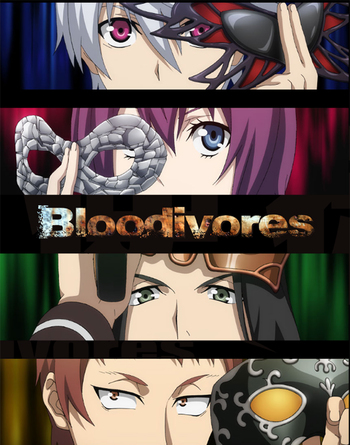 60 years ago, an epidemic of insomnia leads to the creation of a medicine with the side effect of turning anyone who takes it into vampires. The series follows four of these vampires - Mi Liu, a half-bloodivore, half human breed dubbed as the "Child of Hope, along with his friends from an orphanage Anji, Win Chao and Chen Fong. Following a failed bank robbery, they are captured. Their misadventures continue as they later wake up in an unknown warehouse filled with other bloodivores who also commited crimes.

Bloodivores is a vampired-themed Thriller anime which aired on October 1, 2016 to December 17, 2016 as part of the Fall 2016 Anime. It is an adaptation of a Chinese manhua called Space-Time Prisoners by Bai Xiao.