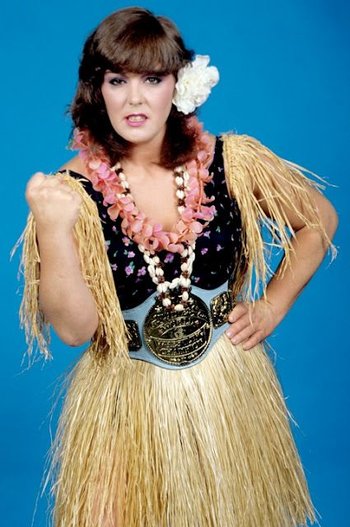 Patty Seymour (born January 23, 1960) is a semi-retired American Professional Wrestler and trainer as Leilani Kai. She debuted in 1975 after training under The Fabulous Moolah and wrestled for various National Wrestling Alliance territories and WWE. Her biggest run was with WWE in The '80s. She defeated Wendi Richter for the WWE Women's Title

and lost it back at the first WrestleMania. She and Judy Martin feuded with the Jumping Bomb Angels over the WWF Women's Tag Team Titles

. She has wrestled all over the world for decades, including for All Japan Women's Pro-Wrestling, WCW, SMW and many independents. She was inducted into the NWA Hall of Fame in 2006.