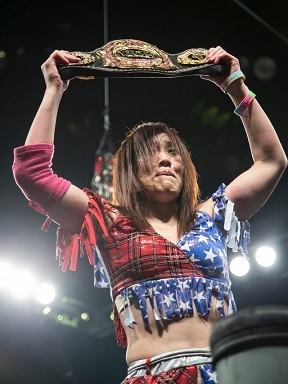 Sumie Sakai (born November 24, 1971) is a Japanese judoka, Professional Wrestler and Mixed Martial Artist known in the U.S. for her work in Ring of Honor and CHIKARA. She debuted in 1997 for Yoshimoto Ladies Pro Wrestling and has worked all over the world.

Along with being the inaugural ROH Women of Honor Champion, she is a former Jd' Junior Champion