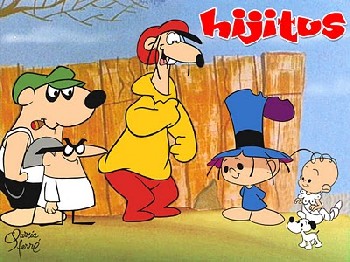 Hijitus is a simple guy with a magic hat, which he can use to turn into a super hero: Super Hijitus! He has a dog, Pichichus, and many friends: the commissar, Largirucho, the millionaire Gold Silver and his son Oaky, et al. Professor Neurus and his assistant Pucho are always up to some evil scheme.