Western Animation / A Bunch of Munsch 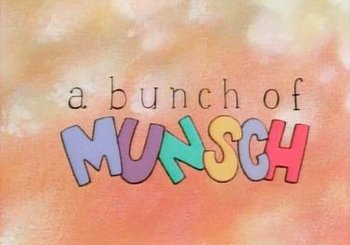 A 1991 Canadian animated series based on the works of Robert Munsch, by Cinar.