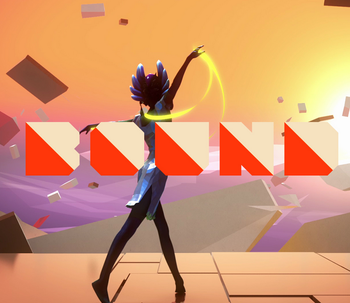 Its story is a combination of present-day narrative, where a pregnant woman walks along the beach, and the fantastical gameplay, where a nameless princess navigates highly abstract labyrinths of her kingdoms, tasked by her mother to stop the monster destroying it. At the end of each princess level, the woman on the beach will recall the childhood memories those levels were associated with during the present day, thus connecting the two narratives.

Has no relation to either of the two films with that name, or a How to Train Your Dragon fanfic.