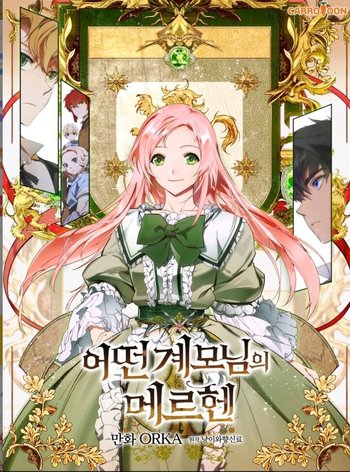 The Iron Widow, the Spider Widow, the Male Hunter, the Witch of the Neuschwanstein Castle, the embarrassment of noble ladies... These were all the words used to describe the Marchioness Shuli Von Neuschwanstein. Despite receiving such harsh criticism from everyone, she persisted in raising her "children", left behind from her late husband. On the day of her eldest son's wedding, signaling his possession of the family's seat as Marquess, she felt she had finally tied up all loose ends and could live the rest of her life out peacefully. However, she had been terribly mistaken as she finds herself getting caught up in an accident and dying whilst leaving the castle on his wedding day. Upon opening her eyes, she finds herself waking up to the day of her husband's funeral, seven years ago.

"I refuse to suffer any more. I won’t live as I did in the past a second time!"

A fairy tale featuring a Stepmother, with a twist.

A Stepmother's Marchen is a korean Webtoon adapted from the webnovel written by Nyangiwa Hyangshinlo (Kitty and Spices), famed as being the author for the webnovel, "A Fairy Tale For Villains", and illustrated by ORKA.

The Webnovel is completed. The Webtoon can be read here

in Korean. The comic was licensed in English by Tapas Media under the name The Fantasie of a Stepmother

Warning: A good portion of the Tropes elaborated here contains spoilers from the completed Webnovel. You have been warned.

Tropes in A Stepmother's Marchen: