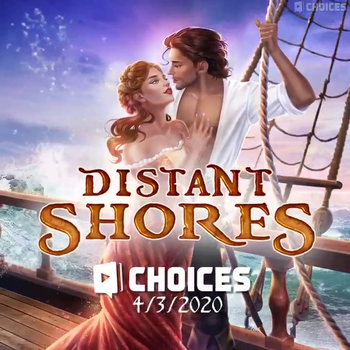 Distant Shores is one of the many books from the Choices: Stories You Play collection.

After accidentally traveling through time, our hero will live an adventure they will never forget when they join the crew of an 18th century pirate ship.