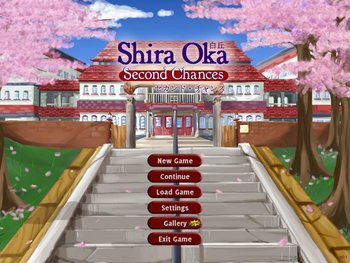 Ever wonder how things might be different, if you could go back in time and re-live your past? The unnamed main character of Shira Oka: Second Chances is given that chance to find out. After barely managing to scrape by in high school, he has to deal with a dead end job and drowns his sorrows every night, wondering what could have been if he had actually applied himself in high school. But there's no point in wondering, he thinks. There's no way you can go back in time...

He is quickly proven wrong after he wakes up back in his first year of high school, with an angel named Satsuko explaining what's happened. He is such a loser that heaven is giving him a second chance at high school in order to turn his life around; hopefully, he'll make more friends, get better grades, and maybe mature a bit. And Satsuko is willing to send him back in time as many times as needed until she is satisfied. But the story isn't just about him; no, it's about ten other young adults who go to the same school, from Insufferable Genius Hiroshi to Shrinking Violet Yui. By helping them, the main character can grow as a person, and hopefully, eventually, break the loops and live a happy life.

Developed in English by Okashi Studios.