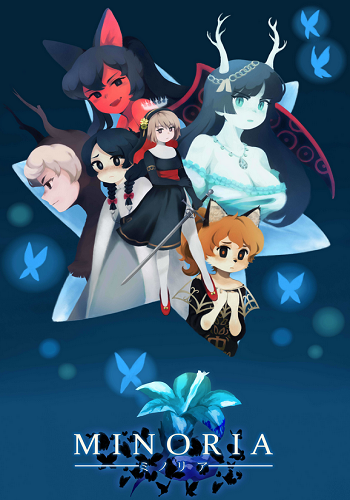 Minoria is a Metroidvania game created by rdein of Bombservice, incorporating many elements from their previous work on the Momodora series, and sharing its dark tone with Momodora: Reverie Under the Moonlight. It was published by Dangen Entertainment, and released

on 27th of August, 2019 for PC through Steam, with a Nintendo Switch port planned in the near future.

You play as Sister Semilla, a missionary in the Church’s service, who, along with the fellow missionary Sister Fran, are the only nuns who survive an assault on the Ramillia castle by the witches. Now, It's Up to You to rescue the Princess Amelia, thwart the witches' ceremony and do everything necessary to protect the common-folk from heresy. However, as you begin to achieve these goals, it soon turns out that there's a lot more than meets the eye...