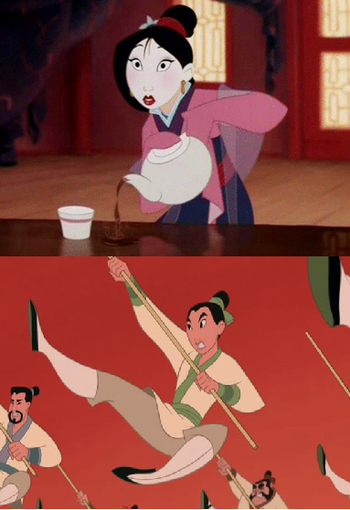 They really made a man out of you, Mulan.