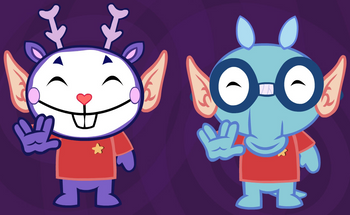 Sniffles and Mime as Vulcans.
Advertisement: