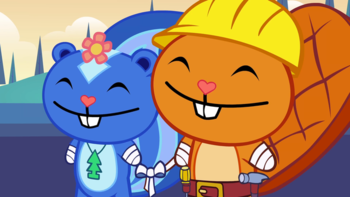 Awww...
Yes, believe it or not, Happy Tree Friends, out of all shows, has heartwarming moments.
Advertisement: