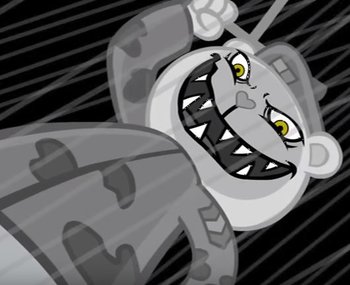 Darling, I'm not gonna hurt you; I'm just gonna bash your brains in!
Considering the nature of this show, there's got to be moments that are pretty scary. People who are not used to gore or violence usually consider the whole premise of this show to be scary, gory, disgusting or even an unpleasant combination of all of them. Think of it as Care Bears meets The Itchy & Scratchy Show.
Advertisement: