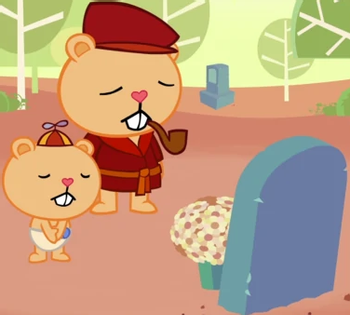 Yes, even a show like Happy Tree Friends can enter some sad territory.
Advertisement: