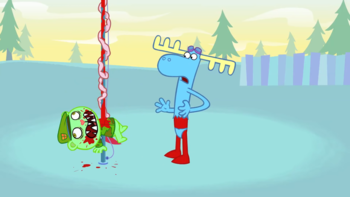 Lumpy actually managed to beat Fliqpy in his own game.
Moment subpages are Spoilers Off. You Have Been Warned.
Advertisement: