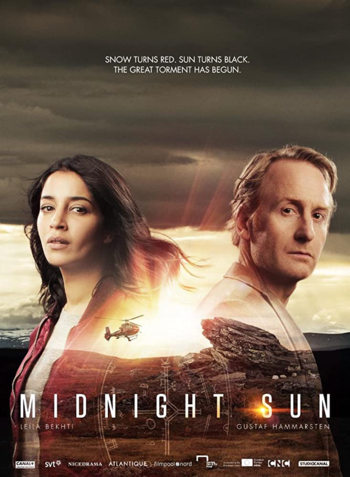 Midnight Sun (Midnattssol / Jour Polaire) is a French-Swedish coproduced Nordic Noir series in 8 episodes, playing in Kiruna, Sweden. It was first aired in 2016 on Sveriges Television. In 2017, it aired as Midnight Sun on SBS.

A French citizen is found murdered brutally in the countryside outside Kiruna in Lapland, Sweden. The French police send specialist Kahina Zadi (Leïla Bekhti) to investigate the case together with the local police. In a place where the sun does not set, the ground shakes from mining explosions, and the entire city is scheduled to be moved because of the instability the mine has caused, the soon to be several bodies seem to be the least insane thing...