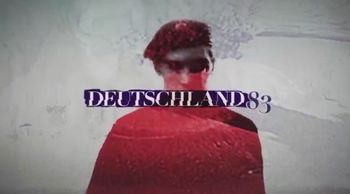 Deutschland 83 is a German eight-episode Spy Fiction Thriller that revolves around an East German spy named Martin Rauch who is sent to work in West Germany undercover as a military aide-de-camp named Moritz Stamm. It premiered on June 17, 2015, on Sundance TV, making it the first German-language series to air on a U.S. network.

A second season, set three years later and called Deutschland 86, was broadcast in 2018 in Germany and 2019 in Britain. A final installment in the trilogy, Deutschland 89, began airing in 2020 (Germany, Austria and the US). It aired in the UK during March 2021.

Deutschland 83 provides examples of these tropes: