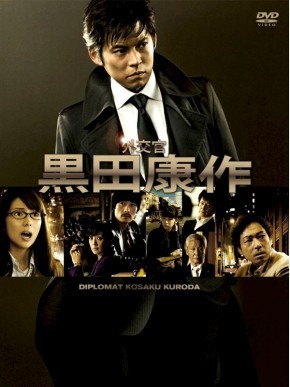 "His job is to protect Japanese citizens. He is also a man with a secret side, executing top secret duties: Diplomat Kuroda Kousaku."
—Opening Narration
Advertisement:

Thus begins Diplomat Kuroda Kousaku, a J-Drama series about a troubleshooter for the Counterterrorism Department of the Japanese Ministry of Foreign Affairs, a very much Stale Beer series with very little gunplay and lots of political manuvering, mixing handling the case of the week and a Myth Arc encompassing a former colleague on a Roaring Rampage of Revenge for his wife's death in an embassy siege...

The series takes place after the events of Amalfi Rewards Of The Goddess where Kuroda takes a small assignment in South America before he gets moved back to Tokyo to work with the Japanese Ministry of Foreign Affairs.

The show has a sequel in the movie Andalucia Revenge Of The Goddess.